The extreme originality of the flora and fauna of New Caledonia is the result of its unique geological history of the antiquity of its isolation and its geography that make today one of the leading “hotspots” of biodiversity in the world.

A mountain range runs the length of the New Caledonian mainland. The eastern side, exposed to the trade winds, has a high, ragged coastline that drops straight down to the lagoon. The West Coast on the other hand is low with several plains. The Isle of Pines, to the far south of the mainland, has a central plateau and coral coastal plain. The Loyalty Islands, made up of Maré, Lifou, Ouvéa and Tiga, are flat islands formed from coral.

New Caledonian land wildlife comprises some animal species, including the cagou which is native to the territory. There are also reptiles like skinks and geckos, and few butterflies which are of a rare beauty.

New Caledonian coral barrier reef that is more than 800 kilometres long, represents 75% of the reefs and lagoons’ surface of French territories, placing France among the first coral countries. Their inclusion on the World Heritage by UNESCO in 2008, is an international recognition of its rich lagoons. 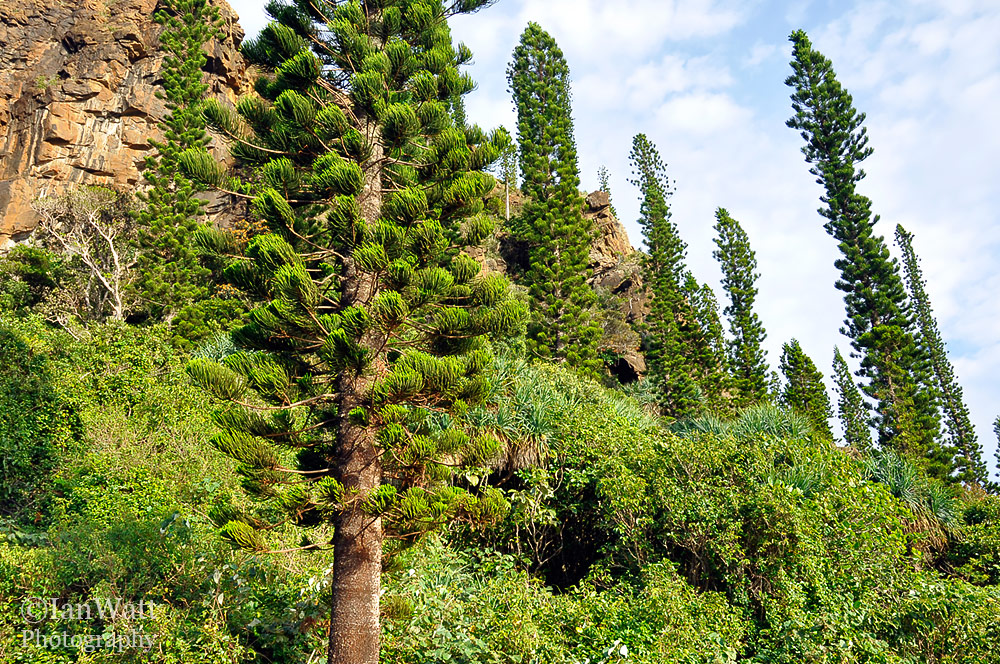 The vegetation includes species from the tropical zone and from temperate regions. The banyan, sandalwood, kohu, bourao, araucaria and colonial pine tree make up the coastal forestland. Fern tree species and vines can be found in the rainforests. On the West Coast there are mainly grassy savannas and savannas of niaouli trees.

Thanks to the extraordinary diversity of its terrestrial, aquatic and marine fauna and flora, New Caledonia is now recognized as one of the landmarks of biodiversity globally. This unique heritage, imposes an important duty of management and conservation today framed by the regulations in the territory through the Mining Code and provincial environmental codes.