A mining expertise integrated into metallurgy

Nickel Mining Company (NMC) is the joint venture between POSCO and SMSP, based in New Caledonia, which is in charge of supplying the Gwangyang plant in nickel ore. It is 51% owned by SMSP and employed 694 members of staff on December 31, 2020. NMC today aims to provide the plant up 3.6 million tonnes of humid ore with nickel ore grade of about 2%.

New Caledonia’s nickel ores are located in the superficial formations of the mountain massifs and are mined in quarries. The SMSP Group currently has 5 mining centres which produce ore exclusively for export: Ouaco, Poya, Nakety, Kouaoua and Boakaine, at present closed. The mining centres are spread along the East and West Coasts of New Caledonia. Staff work double shit to meet the centres’ current requirements.

Permanent staff are supplemented by casual workers and contractors, particularly for ore transfer and loading operations on mineral tankers. Loading is carried out by casual workers, contractors and NMC and Cotransmine staff. Each centre is headed by an operations manager, responsible for ensuring production and cost targets are met. 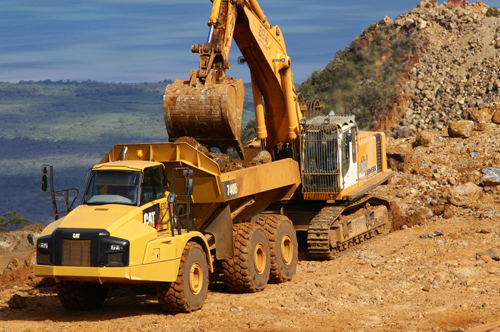 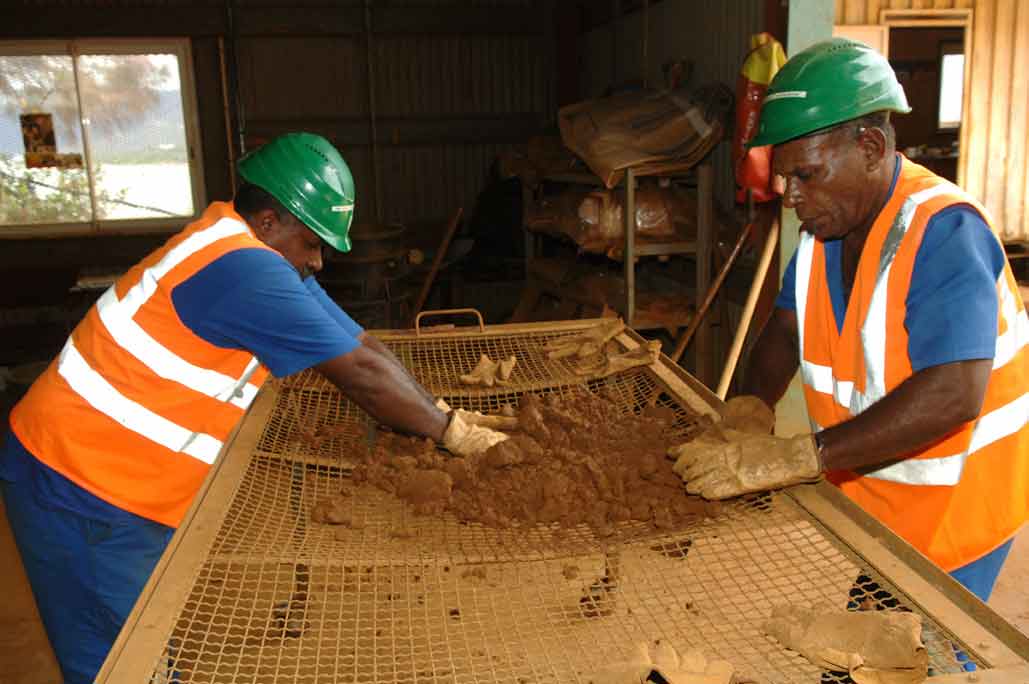 The center’s mining operations include the following phases:

The Société Minière du Sud Pacifique, then owned by the Lafleur family, was first founded at Ouaco in 1969 where the company exploited an area near the SLN mining estate which was leased out to SMSP up until 2000. The Ouaco mine centre, today operated by its subsidiary NMC, has remained the operational heart of the company since its acquisition by Sofinor.
The Ouaco centre is located in the flatlands of New Caledonia’s North West coast on land falling within the municipality of Kaala-Gomen. It is 40 kilometres from Koumac and 65 kilometres from Koné.
The centre comprises three main sites, namely:
• The village, which includes offices used by general management and the secretarial department, maintenance workshops, industrial stores, laboratory and dock used by the sample bore team.
• The Ouazanghou mine massif, 20 kilometres away, and the Toam mine massif, 30 kilometres away.
• The ore tanker loading site on the coast, also around twenty kilometres away from the village.

The Poya centre works the Pinpin mine. The SLN hold some of the land titles of this mine which are the subject of an exchange agreement involving the SMSP’s orebody of Konboye N’Goye in the Thio area. Over the next few years, the development of the POSCO project with the South Koreans will also lead to ore being mined at the Dent de Poya orebody near the Pinpin mine and to a new mine site being opened on the Boulinda massif.
The Poya centre stands at the centre of New Caledonia’s West coast half way between the farming town of Bourail and the future urban pole of VKP, both of which are around 50 kilometres from the village of Poya. The centre comprises:
• The Pinpin mine which rises to 800 metres above sea level and is located around 30 kilometres from the settlement and 27 kilometres from the coast.
• The Porwi shiploading site, 25 kilometres from the village and the mine.
• The administrative offices.
The municipality of Poya comprises seven tribes who supply most of the mine centre’s staff needs and the mining village of Népoui, built by SLN in the late 1960s to mine the Kopéto massif.

The office buildings are located around twelve kilometres from the village of Kouaoua, on the road leading to Poro.
The Kouaoua mining centre comprises:
• The SMMO 36 (Kadjitra) mine and SMMO 37 mine, reopened in 2006 to meet Chinese market needs, located respectively at 12.5 and 10 kilometres from the coast, together with the currently inactive Claire Red mine.
• Coastal facilities and infrastructures.
• The administrative centre and mine camp.

The various orebodies and coastal shiploading facilities making up the Nakéty centre are grouped over a relatively small area. The mineral deposits owned by SMSP are adjacent to mining areas belonging to the Ballande Group so both Groups have staff and facilities on the same massif and both use a section of the same route to access their respective mine sites. Like other company sites, the contract to supply ore to the SNNC plant in South Korea jointly owned by SMSP and the South Korean metal manufacturer POSCO has ensured the long term viability of mining activity at Nakéty.
The Nakéty centre is located on the south shore of the eponymous bay in the municipality of Canala, 18 kilometres from the main town. The centre is located in a primarily mining-orientated part of the East Coast running from Thio in the South to Poro in the North.
The centre comprises:
• The Edouard and Euréka mines, respectively 3 and 6 kilometres from the coast and the Circée mine from 10 kilometres.
• Coastal facilities housing admin offices, laboratory and loading wharf together with accommodation and catering facilities for temporary staff.
The Melanesian village of Nakéty is divided into six residential settlements attached to three different chiefdoms (Ouassé, Tenda and Mission). The great majority of Nakéty employees have always been drawn from this community. 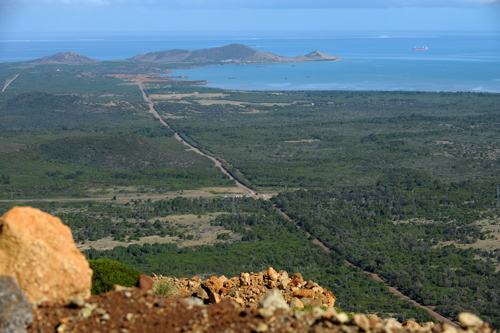 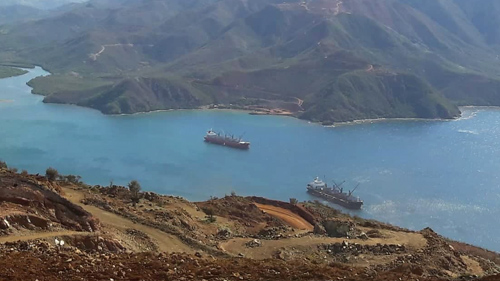 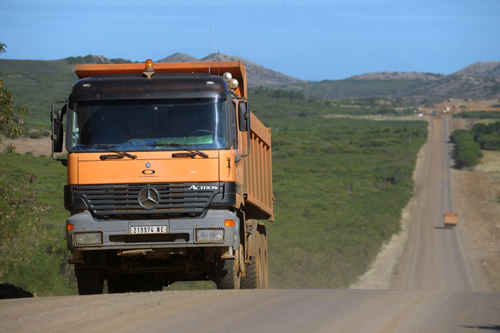 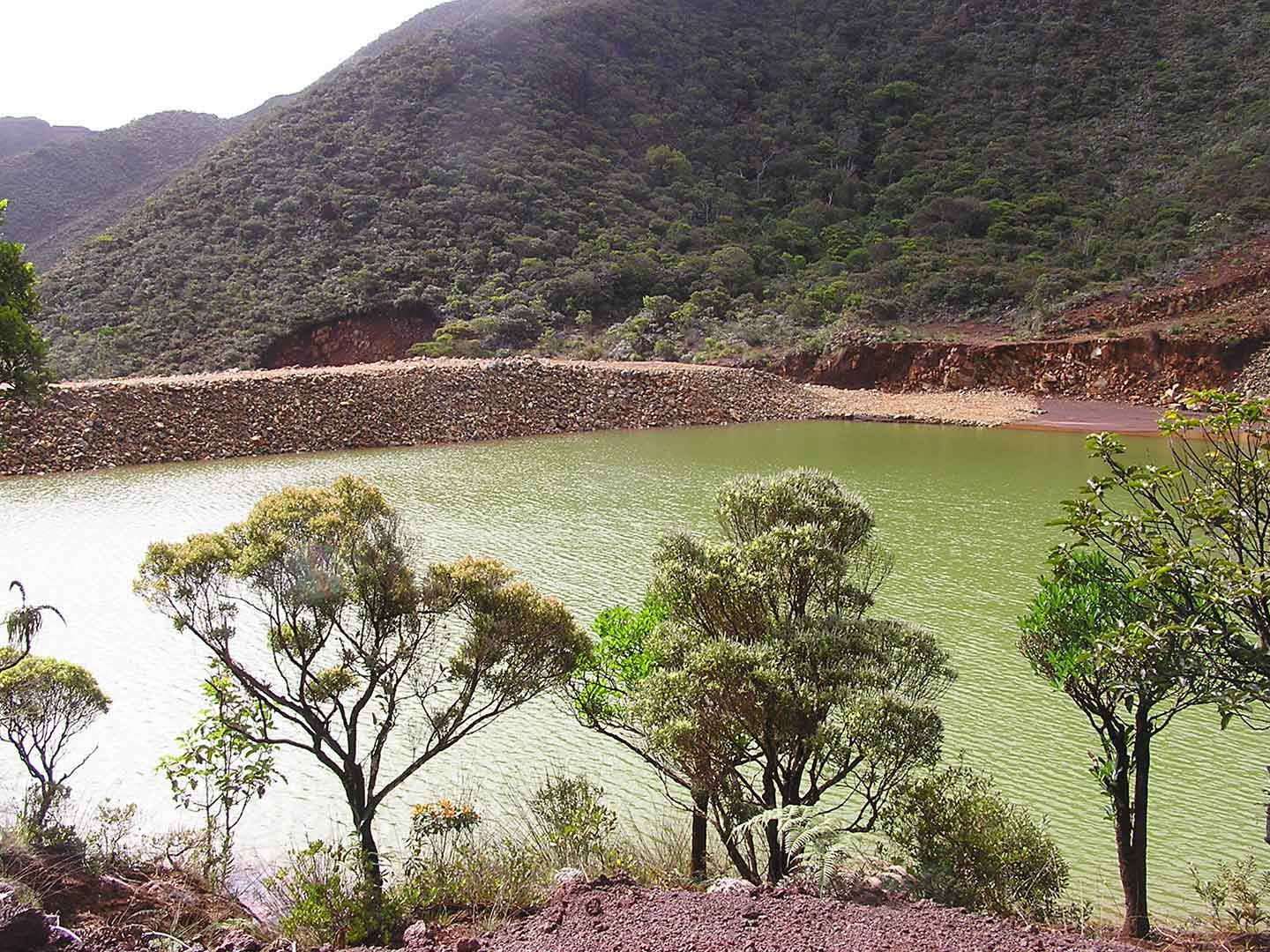 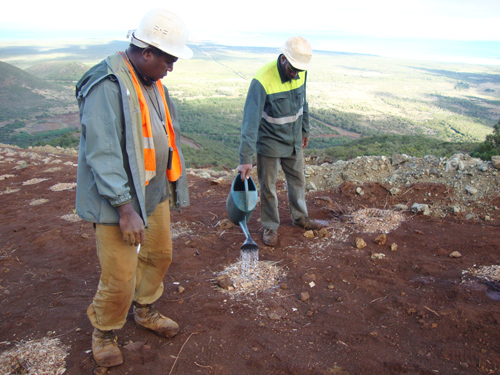 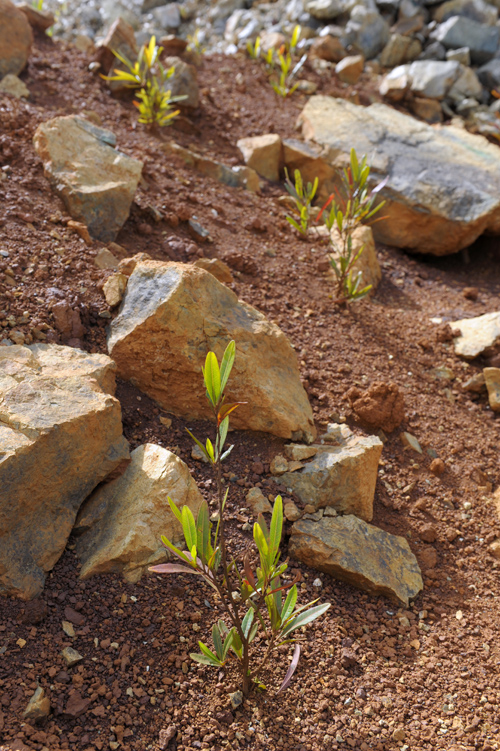 Mindful of the importance of the New Caledonian outstanding natural heritage and the numerous pressures exerted on its biodiversity, the SMSP is dedicated to developing exploration and production methodologies which do not threaten this environment. The Environment Department is committed to meet the expectations of a company in rapid change, by integrating into its development strategy, these corporate social responsibility’s interactions existing between the natural environment and its economic activities.

The NMC’s environmental plan of protection comprises a component related specifically to the control and reduction of the mining and industrial activities’ impacts on the environment, including:

Through its Applications Operating License pursuant to the Mining Code applicable to all of its operating sites, NMC is committed to preserving and protecting biodiversity by:
• Preserving areas of high sensitivity of flora and fauna when projects allow
• tagging them before clearing areas of contours to strictly limit the surfaces to be stripped
• collecting the seeds and seedlings of sensitive plant species on rights dedicated to clearing
• Putting in place a revegetation program using seeds and seedlings collected on site
• Recovering the top soil during stripping and quickly spread over predefined areas to allow resumption of seeds contained naturally in the top soil
• Ensuring the non-proliferation of invasive species (electric ant, deer, rats, etc.)
Depending on the evolution of biodiversity in creeks and the marine environment and to verify the effectiveness of water management and treatment plants in industrial effluents
• Watering daily tracks and to mitigate the dust deposits on vegetation

Erosion is a slow process and natural wear and soil processing relief. An important factor is the erosive runoff.
The combined action of man (stripping soil) and water significantly speeds up the erosive nature.
Good water management can limit erosion:
• Channeling flows over the active surface and / or sensitive
• Limiting the potential contributions of erosive load
• Limiting the speed of flow.
Water management plans are made on the basis of knowledge and field observations (environmental and geological characteristics), in coordination with development projects and while ensuring the maximum to meet the sizing criteria of the structures and rules of good environmental practices imposed by regulations.
The functioning and efficiency of the water management system is subject to strict control by the Environment Department under the supervision of DIMENC.

The joint venture company NMC jointly owned by SMSP and POSCO is governed by a Board of Directors comprising six members including three SMSP’s members and three POSCO’s members.