On Wednesday, October 6, the village of Ouaco lost one of its history’s emblematic representative. Gaston JIZDNY, who left us at the age of 89, surrounded by his family.

Gaston JIZDNY was the founding President of PHOK Association, which mission is to safeguard the historical heritage of Ouaco and Kaala-Gomen. A fervent defender of Ouaco Village’s history, he worked hard to regenerate and maintain its rich history now a days.

And it is in a symbolic way that he was buried in Ouaco small cemetery, this land that was dear to him, in the presence of all members of his family and some friends and relatives.

Gaston JIZDNY was born on 12 December 1932 in Koné. Born into a family of four children, three boys and a sister, he received his primary education in Ouaco before entering the Catholic sisters’ school in Kone.

At the age of 7, he left Kone to go with his parents to Walpole Island, where his father Vincent JIZDNY was the manager of the Gouano exploitation on this mysterious island, which brought together a population of about a hundred workers, all of whom were originally from Lifou Island.  Walpole Island is now uninhabited and is located 180 km East of the Main Grande Terre. 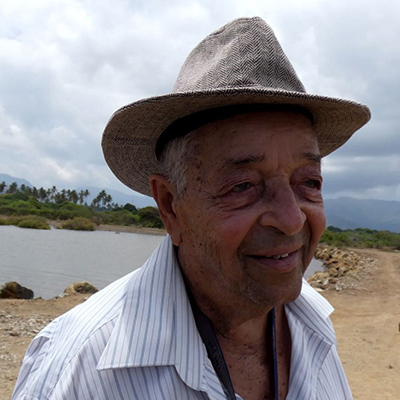 Three years later, at the age of 10, Gaston returned to Kone with his parents while his father, a masonry foreman, worked on construction sites, notably in Tontouta where he participated in the construction of bridges and footbridges.

As a teenager, Gaston’s schooling took him to Noumea to the Sacred Heart Brothers’ School. He also did his military service there and became an artilleryman, spending a good part of his military assignment in Ouen-Toro. In this capacity he was recruited on board an SLN ship which at the time was sailing between Nouméa and Quembla (in southern Australia).

The need to return to his native bush took him back to the north of New Caledonia, first as a truck driver for Montagna Company. Then he befriended Frank NATIMAINE, a foreman, with whom he worked as a machine driver on the Tiébaghi chrome mine.

[Two interesting points of history. The Tiébaghi mine has been in operation since 1875 by an American company, Union Carbide Company, first for copper ore, then later for chrome. This company ceased operations in 1964, although nickel mining operations continued.

Frank NATIMAINE was one of the founding members of the trade union movement in New Caledonia. It was at this time that the Gaston DEFERRE law introduced the appointment of union delegates].

Gaston’s career as a machine operator ended on the Kaala mine with Camille GIRARD which was on this time the labourer’s firm of this concession belonging to the Ballande Group. He was then recruited to the SMSP as head storekeeper at the time of Jacques LAFLEUR, then continued his duties under the presidency of André DANG, until his retirement.

He was also an elected municipal councellor for 31 years (from 1971 to 2002) and was the First Magistrate or Mayor of the Kaala-Gomen Town Hall from 1971 to 1977. In 2007, he founded the Historical Heritage Association of Ouaco and Kaala-Gomen (PHOK). 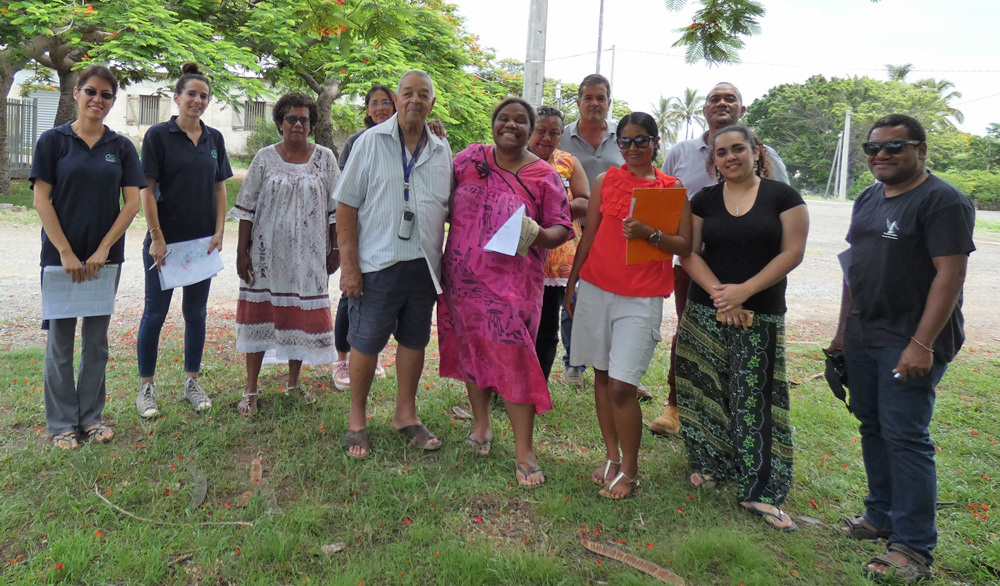 Testimony of Bruno CONDOYA, Former Head of the Ouaco NMC and Former President of APHOK

Bruno CONDOYA shares with emotions how he met with Gaston JIZDNY. Bruno was then Head of Ouaco NMC Mining Centre when Gaston contacted him in 2009, accompanied by the managers of the “Refuge du Cerf” to obtain the authorisations to make the village visit in a tourist itinerary, with Gaston as a guide.

“After several discussions and thoughts on the feasibility of such a project, we became aware of the dilapidated state of the buildings and especially of the danger and insecurity for public visits. And so we found the solution to start Ouaco “resurrection” of its history. With the help and support of Mr LOQUET (Voh) and REUILLARD (Tiébaghi) to guide our efforts to stop the disappearance of the remains and to classify the site as part of the N.C. heritage, we created the PHOK association. I spent hours with Gaston unfolding the history of the village, but also the diversity of events at the centre of which Ouaco was able to find itself, such as the telegraph cable from Téoudié, the aerial flight from the village of Ouaco to Australia, the canning factory and its mine. All this richness Gaston lived it and related it with his heart when he spoke about Ouaco. For Gaston, Ouaco was his life, and the creation of PHOK Association to bring the story back to life and to anchor it definitively within our heritage is an accomplished action for him before being, today, buried in the mists of time. Today, I am proud to have been able to bring my help to Gaston to accomplish his last wish and to participate with him in the beginning of the historical and cultural future of Ouaco.”

Last year, during the celebration of the 30th anniversary of the purchase of SMSP, Gaston JIZDNY was one of the 5 speakers among the officials who took the floor as Honorary President of the PHOK.

Thank you for the work done Gaston and we will continue. 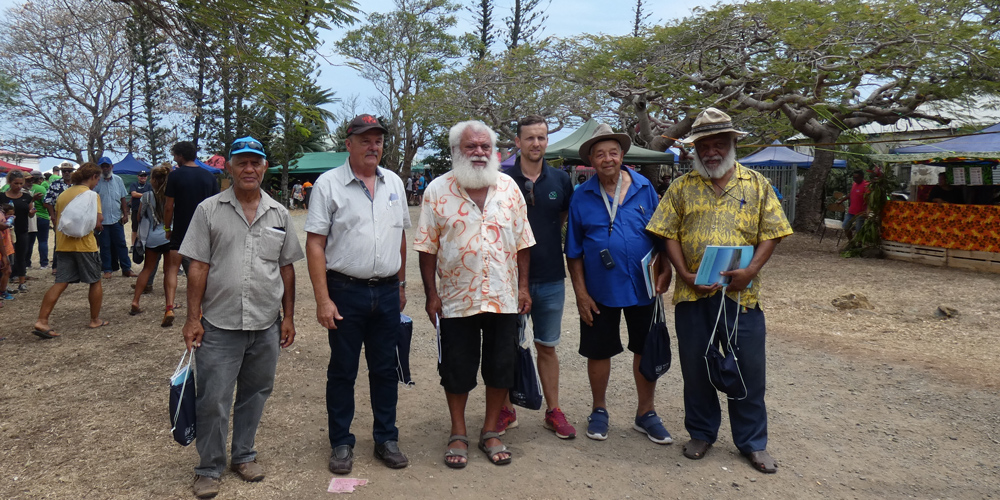