The presidential visit to Vavouto tended to reaffirm the principle of respect for equal opportunities, the French State on-going support to the project and the need for the stability of the joint venture capital investment, in charge of the construction of the Northern Plant. The Païta speech was rather an assessment, measuring the path performed to date, while defining nickel as the base upon which, lays the planning of the economic development policy. 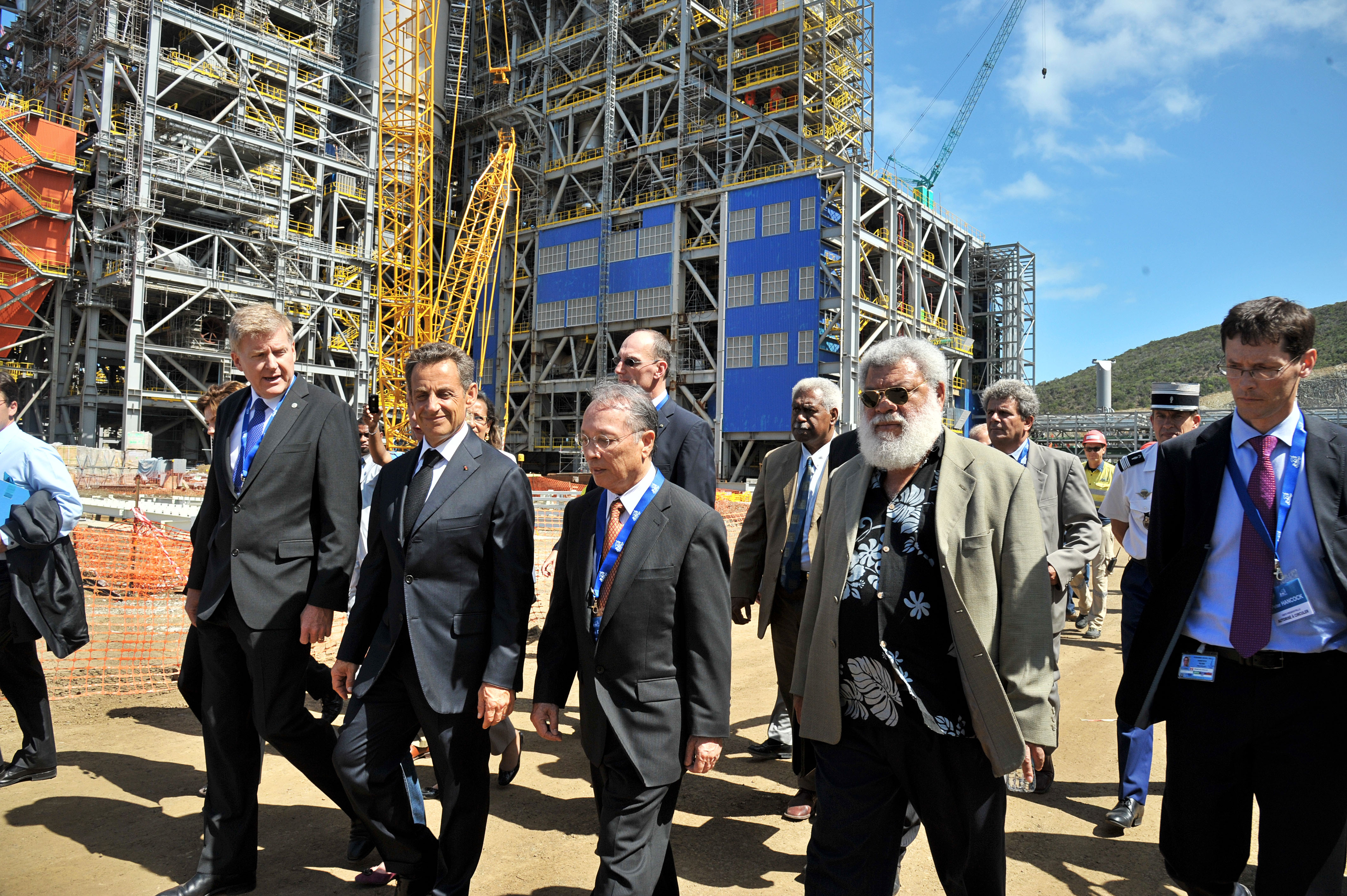 Speech to employees – Vavouto August 27: “In this country, no one should be condemned to remain at the bottom of the social scale because of its origin or culture. May each of you, workers, engineers, managers, technicians, build in heart the Caledonia of tomorrow, with the target of economic rebalancing, justice and peace for a bright future. This project is a strategic issue for both New Caledonia and France. You need the State’s support. As Head of State, I will be very careful at the stability of this project’s capital investment.”

Speech to Caledonians – Païta 28 August: “The great project of the North is a reality! But since the time one spokes of it. Since the time one dreamed of it. Since the time you doubted the very possibility of getting it through. Today it is a reality! And as President of the Republic, can you feel my emotion of being in the North, besides the North Province President, explaining to me the mining project, one of the world biggest projects, and meeting young Melanesians Managers sharing with me the pride that is their own, of having acquired these skills. Do you ever realize the path you have travelled? Do you ever realize that you are all winners having borrowing this path. No one has lost anything, including France! Nickel is the economic foundation on which political developments will be based, whether within the French framework or outside. Your land accommodates more than a quarter of the world’s nickel reserves. Taking into account the development needs of the developing countries, you will be in a few years the world second largest producer. The Industrial Strategic Scheme, which will be completed by the end of the year, will release the strategic directions for New Caledonia to become a player of its own long-term economic development, sharing a common vision with industrialists responsible of its implementation.”