Céline DELPECH is Manager of Human Resources at Cotransmine since January 2017. Prior to joining Cotransmine, from 2010 to 2016, Céline was Consultant in Social and Human Relations at Vale NC Mine Department, before becoming a Business Partner in HR Projects in the same company. As for her qualifications, after obtaining a Scientific Baccalaureate, Céline graduated with a Master’s Degree in Social Law in 2000 and 2001 with a Ph.D. in Management of Human Resources, both of them issued by the University of Social Sciences in Toulouse. “I like the legal tightness required for this function and above all, human relationships that result of it. The objective is to enable the compliance of laws to improve the working conditions of staff and contributing to its development in the company.”

We asked her questions about the establishment of the Cotransmine CHSCT. 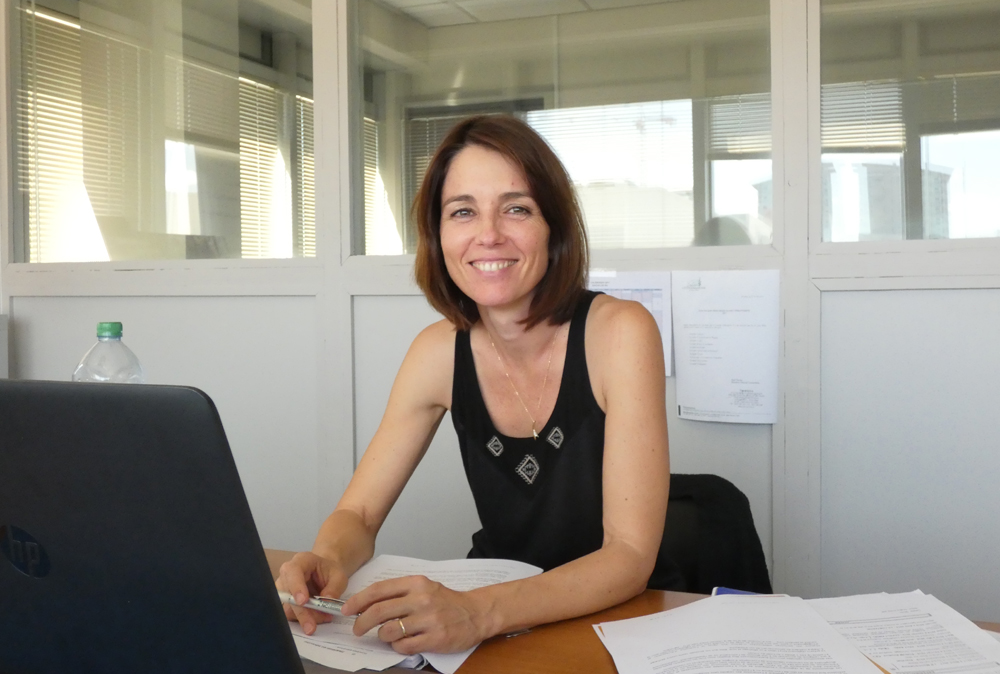 Why such an approach for Cotransmine?

Céline DELPECH (CD) explains: “The Health, Safety and Working Conditions Committee is an employee representative Institution that contributes to the prevention and protection of all employees’ health. Its establishment is mandatory to all companies with at least 50 employees such as Cotransmine”. According to the legislation, the CHSCT is composed of: a president (the employer or his representative); a delegation of staff, one or more physicians and the HSE manager who have only an advisory vote. The labor inspector is also notified of all meetings.

(CD): The CHSCT plays an important role in the company, since it contributes to the protection of the company’s employees’ health and safety, including its temporary workers. Its functions can be diverse, including analysis of all risks that may undergo employees in their workplace, as well as proposals of working conditions for improvements in relation to the prevention of work-related risks. It ensures the compliance with the rules related to safety. This Committee can conduct investigations in case of work accident, occupational disease, or when the same incidents occur regularly.

(CD): The CHSCT is consulted on various events, particularly during: the adjustment of working structures affecting posts or positions (change of equipment-tools, working structure or pace of work); acquisition of new equipment or technologies; the layout of workstations in the event of an assignment, a reassignment or keeping-working injured and disabled workers; modification and validation of the internal regulations relating to safety at work with impacts on working conditions and / or health and safety conditions. The CHSCT may be seized, either by the employer, by the works council, or by the staff representatives, in respect of matter arising within its competence.

What are the required steps leading to the setting up of this committee?

(CD): A designating college made up of staff representatives and the regular members of works council has decided during a meeting on the modalities of appointment, and on the deadline for submitting applications. Then a formal call was launched for applications to become a member of the CHSCT. The designate college then met on Wednesday, August 2, to appoint CHSCT members among the candidates, by using as a criteria the good knowledge of the work carried out in the company and the ability of the person to analyze the problems related to the conditions of work and occupational hazards.

Do you personally know the other members, representing public institutions, such as the Occupational Physician or the Labor Inspector?

(CD): I have exchanged several times with Occupational Doctor Trankiem, especially with regard to the inaptitude and re-assignment of one of our workers. I also met with the Public Labor Officer on several occasions to get his views and advices on some legal issues.

On Wednesday August 2, 2017, 4 members of Cotransmine Works Council and 3 staff representatives appointed their representatives to the newly Cotransmine CHSCT. At the conclusion of the proceedings, Marvin GOUNEBOUADJANE from Téoudié and Sophie WIWANE from Numbo were nominated as members of the CHSCT. A related training has been planned for them in order to be aware of the basic rules and to enable the members to best respond the missions entrusted to them. The first meeting of the CHSCT will take place after this training.