KOUERGOA AND THE SMSP GROUP STAFF WILL ALWAYS REMEMBER THEM 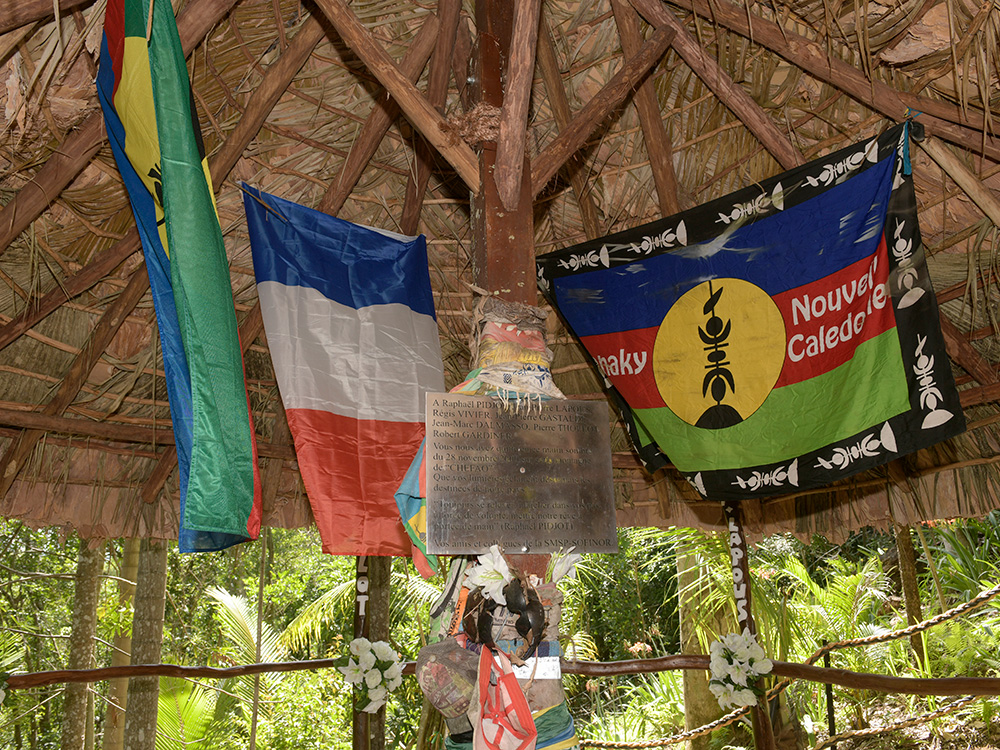 At dawn on 28 November 2020, nearly 600 people congregated to the same point, e.i. Kouergoa Tribe and more precisely the road leading to the crash site to pay tribute in front of the hut erected, whose posts bear the victims’ names in the place called Chefao. The SMSP group staff, sometimes with their families, sometimes with their colleagues, but also the families of the victims as well as anonymous people have travelled from all over the island and even from the Loyalty Islands to mark the 20th anniversary of the commemoration of the missing persons of the SMSP Helicopter’s crash. 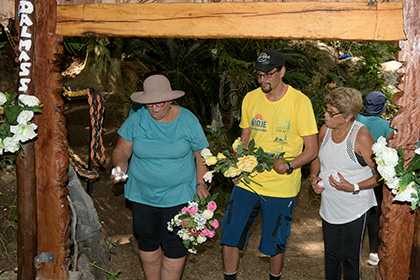 Several families of the victims were present, including members of PIDJOT, GASTALDI and VIVIER Families. In addition, the two NC1ère journalists sent on site were respectively PIDJOT Nephew and LAPOUS niece. Their presence at all honored the program put in place by the event’s organizers. 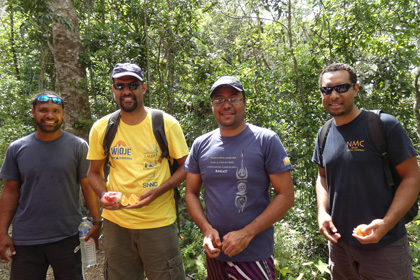 Hands in hands, the Kouergoa Tribal Association along with the Widjè Committee 28 November, which made up of all the SMSP Group subsidiaries’ staff of NMC, KNS, SNNC and Cotransmine, are working hard to undertake structural works in order to welcome in good conditions the families, SMSP staff members and the public in general.

A large meal to which the families of the victims were invited brought together all the participants.

In addition, the Kouergoa Tribe offered two large cakes to commemorate 20 years of commemoration dedicated to the families and participants of the event. 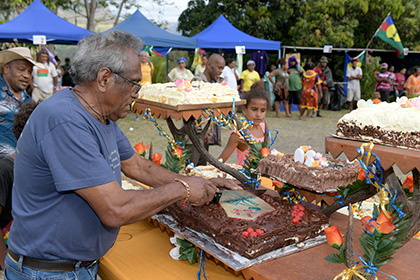 Romuald PIDJOT, the late Raphaël PIDJOT’s eldest son, expressed his appreciation for the organizational work carried out by the Widjè Committee 28 November in conjunction with the Kouergoa Tribe Association. “It is a very good organization in terms of logistics, transport with the shuttle system. I thank the tribe and the SMSP staff for this great job. What I found great is especially the presence of so many young people who, in my opinion, were not born at the time of the crash, but who are coming on pilgrimage today, like us. Somehow it is a mark of attachment to the visions of economic development embodied by our deceased.” 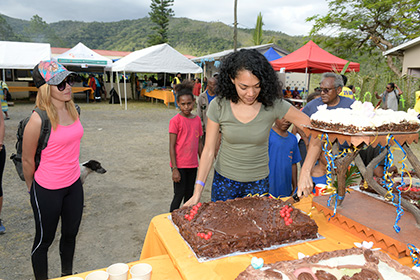 Edwige VIVIER, the late Régis VIVIER’s eldest daughter “Thank you very much for this day. We really had a good time and appreciated your gesture as well as all the support of the tribe and the Organizing Committee for this commemoration and the structural works, such as on the issue of water“.

Sarah MANZANARES, Coordinator of the Widjè Committee, expresses her satisfaction with the way this day unfolded: “With all humility and respect, I hereby wish to once again thank the association and the tribe for welcoming us all during the past 20 years; and to thank each of the Committee Members, the group employees and collaborators who volunteered to work towards the great success of this magnificent sharing day.

This day as always, is a great moment of emotion which gathers all together through this annual pilgrimage to pay tribute to our founding fathers. We are pursuing the works started, and it is indeed a common achievement of each woman, man, from all walks of life whose reflection is a magnificent rainbow that has made the commemoration a success.

We have already set up the date of our first meeting in 2021 in order to examine and talk about the future activities.

I would also like to take this opportunity to wish you all the best and a happy holiday season.”

As for Karl THERBY, SMSP’s Managing Director: “First of all, I would like to thank, on behalf of SMSP, all the members of the families of the deceased, present with us during this day of commemoration and recollection. Thank you also to all the participants who came in large numbers to pay tribute to these men of courage and conviction who left too soon. Finally, I would like to congratulate and thank all the members of the Widjè 28 November Committee, those of the Kouergoa Tribe Association as well as those of all the staff of SMSP’s subsidiaries of the NMC group, KNS and Cotransmine as well as SNNC. All these employees who dedicated their time to make this day a huge success with the aim of honoring the memory of these men and pursuing their dream. All this is the strength of our Group.”