On November 28, the SMSP group and its subsidiaries will commemorate the 20th anniversary of the crash that occurred on November 28, 2000 at the place of Chefao in the Kouergoa tribe in the municipality of Thio. 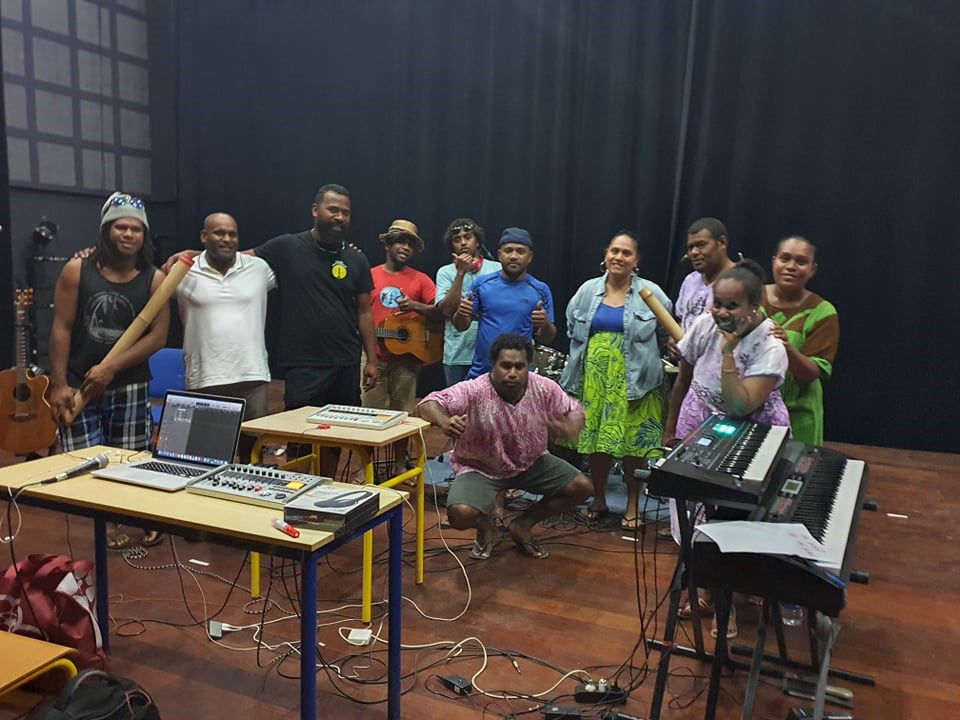 20 years later, the crash is still remembered. Above all, the group’s employees do not forget, and are keen to perpetuate what is for them more than a duty: it is part of the energy and vision that drive them on a daily basis in their work.

So for the 20 years of the commemoration, the group and its subsidiaries have set up the WIDJÈ Committee, November 28 and with the Widjè Association of the Kouergoa tribe, are organizing this moment of contemplation with particular and intense attention.

We met Alphonse WENENINA, member of the WIDJÈ Committee, November 28 and Koniambo Nickel employee. He initiated a musical project in memory of those who have left and for the attentive ears of those who remain. They recorded on Saturday, October 24, 4 songs. The CD was released on Thursday, November 19.

Meeting with Alphonse WENENINA – Pilot of the initiative.
“Even if it’s all alone but I’m going.”

Alphonse entered the Vavouto site (Koniambo Nickel) in 2009 for a subcontractor and joined Koniambo Nickel in 2014. He learned the history of the company and of this tragic crash. He is touched, concerned and has participated in the commemorations every year.

This year, when he joined the WIDJÈ Committee, November 28, he offered members an idea, the production of a piece of music for the commemoration. Songwriter, music is part of Alphonse’s daily life. Without making any promises, he toured his musical entourage, other musicians, singers, composers and quickly found his team, and in particular Jeanne WAIMO, working at SMSP since 2019. The idea became a project!

The Project – What is it?

With some emotion, Alphonse explains the wish to perform a song. But these are ultimately 4 songs that emerge within the project, each have a special meaning.

The group and the organization 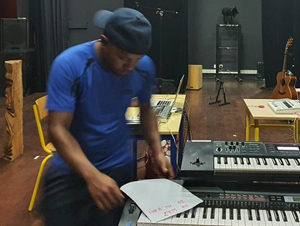 The initiative brings together around 20 artists, songwriters, but also support around the production of these pieces.

If the idea was born at the beginning of the year, it is put on the table during the first meeting of the WIDJÈ Committee, November 28 of the SMSP group. And the first lyrics are written down in August, while bringing together the other tracks and the artists.

Organization and time devoted to weekends, days off and free time. An investment that lives up to the vision that is being carried, that of those who have come before.

Written in 2013 at Kawipa by the NMC Kouaoua site, it was readily “donated” by the employees in order to contribute to the 2020 project. We find the solidarity of the group’s employees and the common feeling of beeing concerned.

This is the name of the Association that annually organizes the commemoration within the Kouergoa tribe, but it is much more. “Widjè” in the Xârâcùù language means “Why”, and for Alphonse, this meaning had a particular resonance. Written with Ludovic LEVY, Alphonse explains: “When we started to write the song, this “why” challenged us. Why this crash, why these men, why this place? etc”. He also explains that the place called “Chefao” where the crash occurred means “the place from which the iron is pulled”. For him it is obvious, it is the place from which we draw strength. It is therefore both a place of contemplationbut also a place of rebirth, a place to recharge.

The meaning of the project: Work and live together 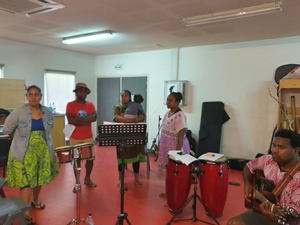 “We created this small collective of country artists, it was to follow this vision of Raphaël PIDJOT who showed us from the start that we could work together. Our big brothers, like Miguel Ate, often remind us: whatever our colors, we are children of the country, we have to work together and live together. And Raphaël’s team, the one that fell in Kouergoa, it was these values of working and living together that they carried: there was a Kanak, a Javanese, a white etc. Today, we are still looking for each other, there are examples in front of us but we do not see them. We do not take a step back. And this moment for the 20 years of the crash is precisely the moment to remember that vision.”

Written by Numa HENESEWEN, this song is about our way of being to look at the horizon, often forgetting the essential, our roots. Through music, it is about reminding ourselves that we are here on earth, in our individuality, but we need the other to exist. The words at the end “I am you and you are me” is a call to walk together.

From LEXIS. The original song was written in 2000 in memory of Raphaël PIDJOT precisely. It was picked up and adapted by the group of Alphonse. 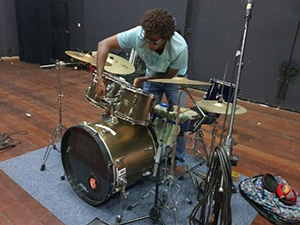 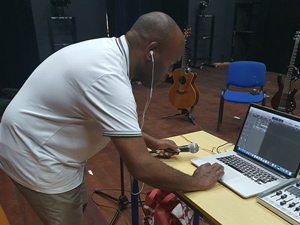 The daily work of the employees of all the subsidiaries is of course punctuated by the achievement of objectives and the completion of the required work. But it seems important on the occasion of this commemoration to remember that our efforts come to continue a work done before, and as Alphonse indicates, in a place “for which people have fallen”.

Returning to Kouergoa every year is a duty of remembrance but it is also a moment of sharing and allowing everyone to find their answer to the “why” that everyone may ask.

Alphonse insists: “We all have our place, as children of the country; and over there, it’s a time for everyone to find their place”.

We invite all employees of SMSP, NMC, SNNC, Cotransmine and Koniambo Nickel to contact their entreprise councils to find out how to register for the commemoration event. Shuttles will be set up to allow you to reach the place.

The Widjè Association and the Kouergoa tribe, which have an indescribable and family bond with the SMSP group and its subsidiaries, will welcome you on November 28th to the tribe before joining the place called Chefao.