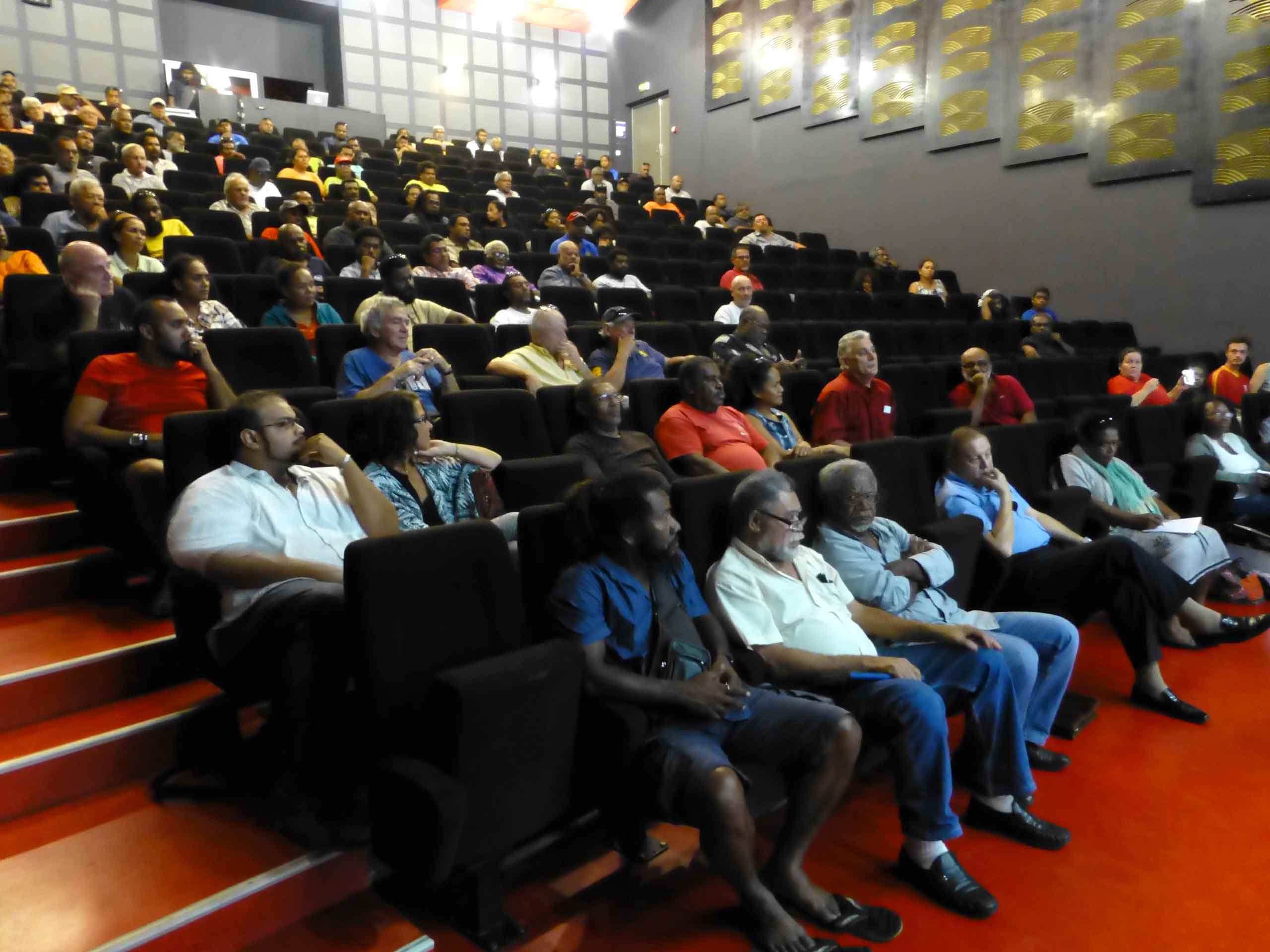 The presentation allowed participants to follow the development of a Northern Province local mining company, becoming a metallurgical company and now positioned internationally, through its subsidiaries. In addition to the updated data of the international conditions of a declining nickel market, the audience was particularly interested in the translation of the Northern Province Nickel Doctrine, into SMSP projects, their economic and financial reliability as well as their long term development.

It was recalled on that occasion that SMSP partnership projects, based on the value of the primary resource, have been negotiated with the main objective of ensuring the country to have control on, not only mining resources, but also on industrial tools which, she says, are the best way of upgrading the value of this resource. SMSP’s Representatives, strengthened by the last 6 years’ experience, were able to demonstrate with supporting figures, that the sale of nickel metal brings back ten times higher financial returns than the purely sale of nickel ore.

Many questions have been formulated to understand the impact of nickel prices’ drop on financial results of a local and international mining company. Furthermore, voices were raised to encourage SMSP in its policy of the resource’s valuation and its international development strategy.

This information meeting which began at 5pm was closed at 7.30 pm with a cocktail offered to all participants.

SNNC-NMC, A partnership for the future – French Version