Thursday, April 28, in response to the invitation of the New Caledonia Federation of Industries (FINC), André DANG, SMSP CEO, along with Marcel THOMAS, SMSP Secretary General, Karl THERBY, SOFINOR Chief Financial Officer and Laurent FOGLIANI, Director of Communications at KNS, took turns at the microphone, to introduce the various operation activities and financial results of the company’s subsidiaries, resulted from project partnerships negotiated by SMSP. 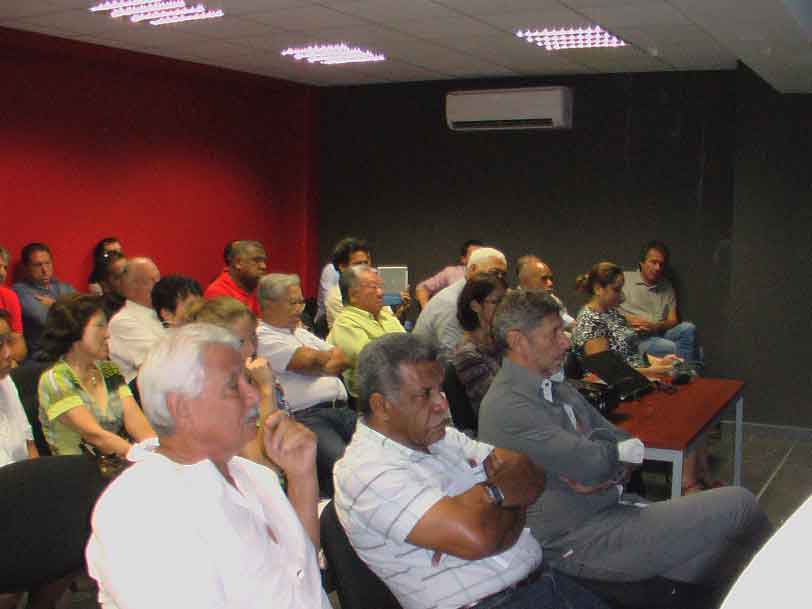 At this meeting, SMSP’s Representatives introduced and explained the innovative and unique project financial package of their kind, negotiated with international leading partners, which led to the construction of two industrial projects: SNNC plant in South Korea and KNS, the ferronickel plant in the NC Northern Province. These world-class plants belong to SMSP and New Caledonia at 51% shares in order to not only safeguard control on the mining resource but also in manufactured products by metallurgical plants.

At the end of the presentations, informal discussions, punctuated by questions and answers allowed presenters to give additional explanations on points raised on local characteristics patterns or related to international economic indicators to which each mining or metallurgical actor must refer to.

SMSP thanks once again FINC for its invitation!