At the request of its Steering Committee, MEDEF-NC has organized in May, a series of conferences, with support of its mining and industrial nickel operators and associate members, to share their actual operations state of affairs and their business strategies. It is a series of conferences, intended only for MEDEF-NC associate members The conferences were held every Tuesday, organized in morning sessions for 5 weeks, from 3rd to 31st of May. Each presentation was followed by questions and answers, as well as a press conference to relay and supply information to the Caledonian population. 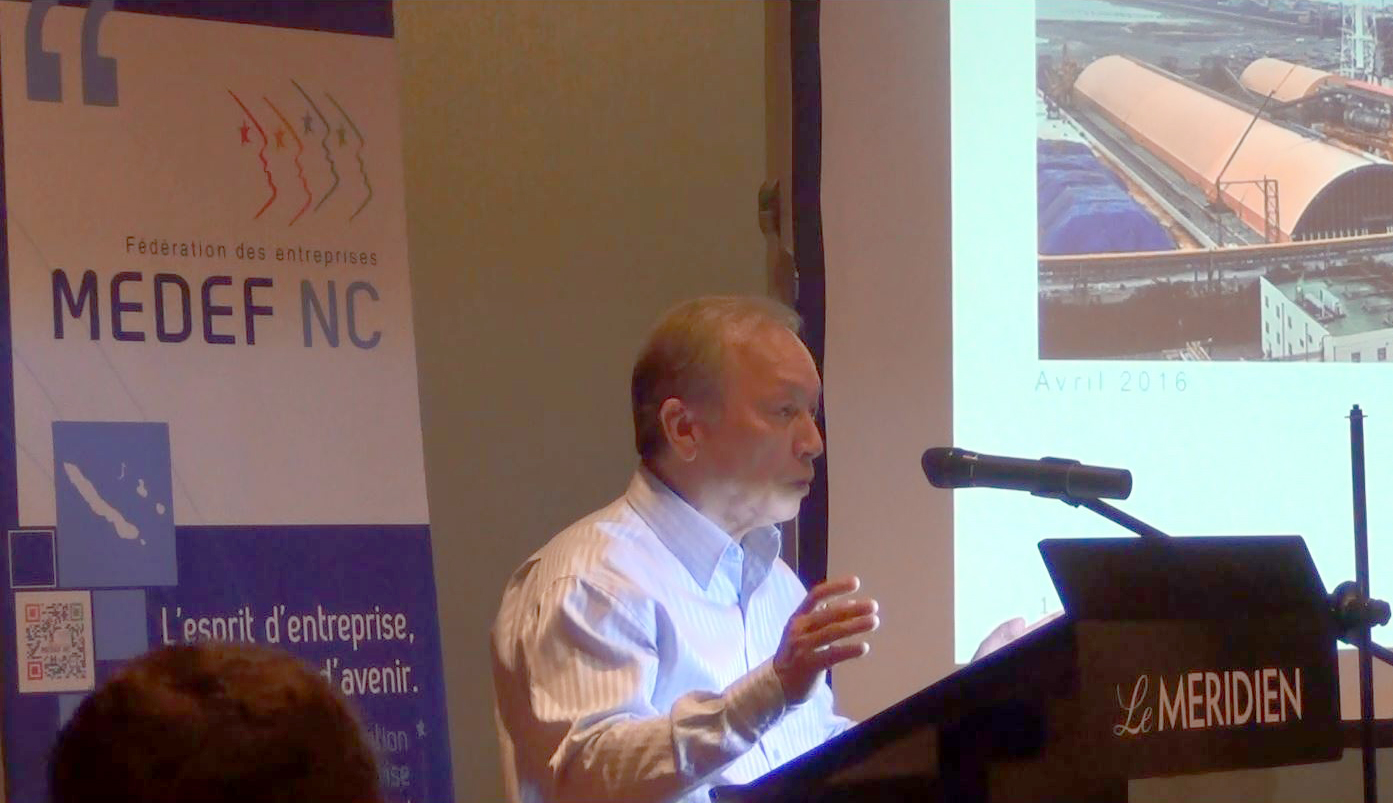 SMSP Representatives have shown the financial results of the mining and metallurgical sectors, especially NMC/SNNC Partnership, resulting from the industrial development strategy, initiated by the Northern Province implemented by SMSP. During these clarifications presentations were broadcast on the financial arrangements negotiated by SMSP leading to the construction of two world-class metallurgical plants.

The Vale NC CEO, Daryush KHOSHNEVISS informed the conference on the contribution of his company into the Caledonian economy. He further made a focus on the current cost reduction processed plan and its impacts on subcontracting activities.

As for the SLN, Jérôme FABRE’s presentation, it is focused on the challenges faced by the company, and the various engaged measures to deal with the crisis.

Xavier GRAVELAT made a three parts report including: the introduction of individual SEM associate members, local processing and exportation of nickel ore, and uncertainties hanging over the nickel industry.

Finally Marc BOISSONNEAULT reported the processed resizing measures, performed in 2015, and the reconstruction of the oven 1 in its second release. He also gave an update data on the situation in real times on technological advancement in rump-up production of the 1st furnace, and 2016 Koniambo Nickel SAS present challenges, particularly during the second semester.

According to Daniel OCHIDA, one of MEDEF-NC Co-Presidents “We felt it was necessary, for such a vital sector as nickel, and during these times of severe nickel crisis, to give the floor to our many operators, to share with us their actual challenges and difficulties, as well as their vision of this sector. I think these cycle conferences can serve us to feed or to shed light on the MEDEF-NC’s positioning.” He added “I hope we will be invited to the negotiation table to define that famous New Caledonia National Nickel Strategy. So we hope the politics will soon appeal to us.”

All Caledonian nickel stakeholders and partners, miners or metallurgists, are heavily impacted by the increase in LME stocks and the on-going drastic drop in nickel prices during the last four years. These sessions allowed MEDEF-NC associate members and participants, to unanimously come to a conclusion: all New Caledonia nickel operators, whatever their size are or status, are struggling to safeguard their economic tools, and to hold tight, while expecting a next possible LME price recovery.