Cotransmine Kouaoua Site has received its new loading platform. Brand new, it comprises a 12 meters long berthing platform and a gateway dimensioned for the access of a vehicle. The completion of the wharf construction works marks the third and final phase of Kouaoua marine base’s overall rehabilitation works, launched in 2012, with the refurbishment of the maintenance area and the rock-fill of the bank’s reinforcement, targeted to reduce erosion and other bad weathers impacts. 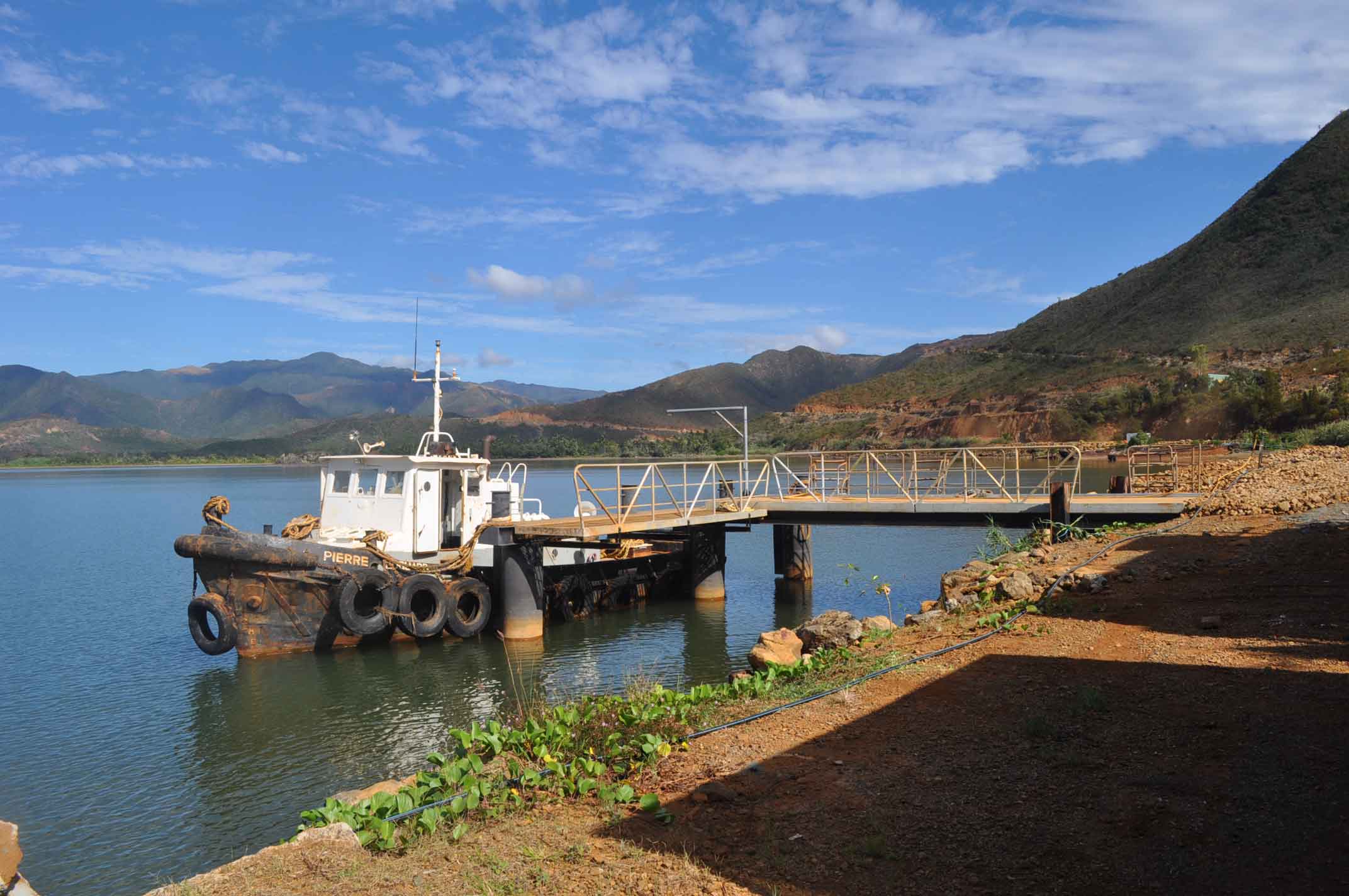 In June 2013, the shipping company had then launched the rehabilitation process of its operational marine base. Three new marine containers had made their way replace the two older. A new setting has been favored to facilitate traffic operation in the working area and helped establish several distinct and protected areas.

Two containers were placed in line with their longer sides, hosting in one hand the storing tugs spare parts and consumables, and on the other hand, the site’s mechanical workshop. Their openings face, and this area is sheltered by the third container, positioned on the roof, with access by a staircase, extended with a gateway corridor. The container in height is air-conditioned and allocated into two third dining hall, and a third office space. Such infrastructures have enabled the marine base to be equipped with office facilities: tables, chairs, computer, phone and fax. In relation to the dining hall side, the staff currently enjoys the usage of a gas stove, a microwave, an electric kettle and a fridge.

As for the supply of tugs’ fuel, a temporary tank 5000 l was installed by Total Company, and was later replaced with a new tank of 20,000 ls, equipped with an electric distribution, with similar functions of a conventional fuel pump.

All these works and new facilities have allowed and today allow an improvement the site’s technical and administrative operations, including the transfer of data and loading scores, previously sent by fax from Kouaoua municipal post office, and therefore participate to the consolidation of the center’s production performance.

Furthermore, they contribute greatly to the enhancement Kouaoua Cotransmine staff, and especially to the improvement of working conditions for all the staff, daily workers or subcontractors’ staff during loading operations.

Congratulations to all those who contributed directly or indirectly to design, execute and achieve these rehabilitation works!