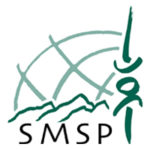 SMSP Board of Directors met in Noumea on September 7. Amongst a certain number of points that have been reviewed, two important resolutions regarding the construction of the Northern Plant have been endorsed by all its members.

The Board members reviewed details of project execution planning, execution preparedness, schedule and cost optimisation and were able to confirm that all core elements of the renewal phase had been completed in time. The Board endorsed the cost inrease and the continuity of preliminary works.